What is it about the fantasy of the treehouse? Escapism. Other worldly, bird-like elevation. Beauty and peacefulness. Backwoods simplicity (although in some cases, truly elaborate works of fine architecture). Whatever the draw is, I'm dying to have my own treehouse in the woods, and I'd gladly take any of the examples below.

Blog post image and images below are the work of Takashi Kobayashi, "a clothing buyer turned professional treehouse builder". Kobayashi has been building treehouses since 1993, and designed an "oval bird's nest of a house" for a Nescafé commercial, which ran on Japanese television.  (Quoted via New York Times). 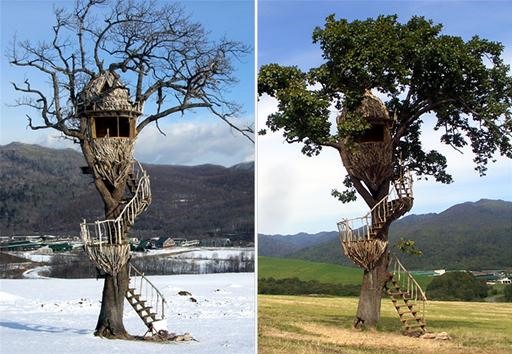 These unusual, eco-friendly tree dwellings are called "Free Spirit Spheres", designed and constructed by Tom Chudleigh. The wooden spheres reside in the west coast rainforest of Vancouver Island, Canada, and can be rented or purchased (for a whopping $150k). 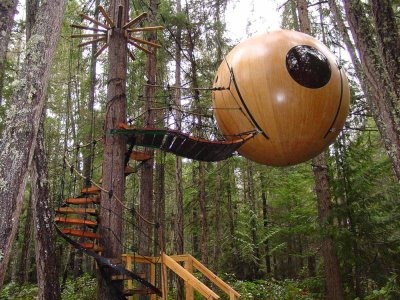 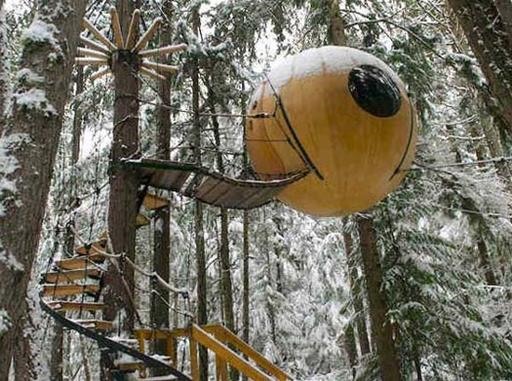 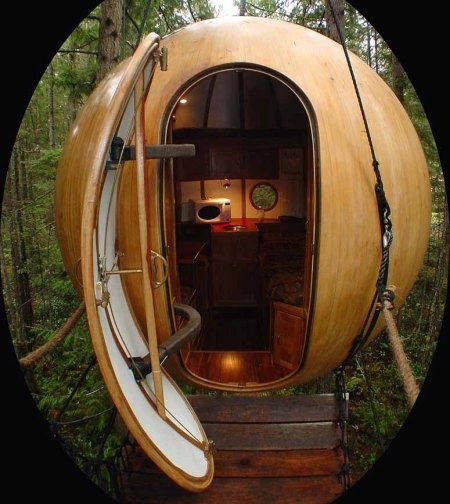 Teahouse or treehouse? Who wouldn't love a cup of tea in this Japanese treetop tea house? Precarious and beautiful, this work of art was designed by Japanese architect Terunobu Fujimori. 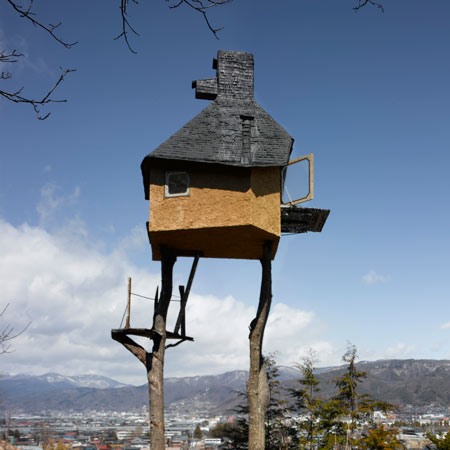 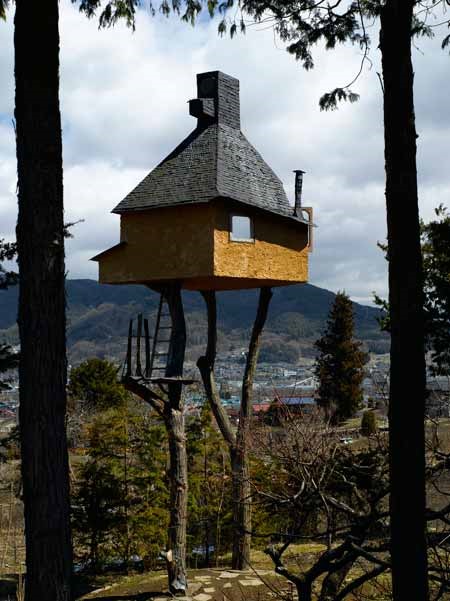 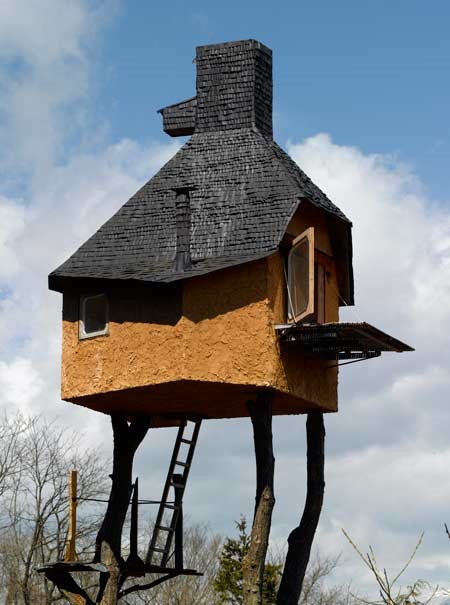 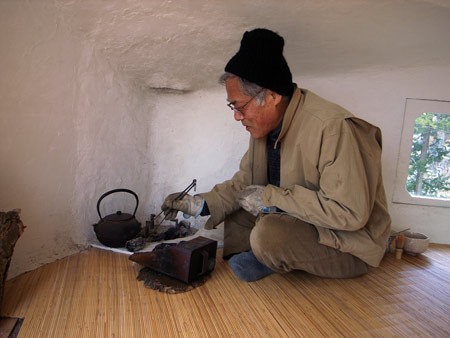 Situated in the woods of New Zealand, the Yellow Treehouse Restaurant sits ten meters above ground in a beautiful Redwood. The restaurant is currently completely booked, with no available sittings in the near future. 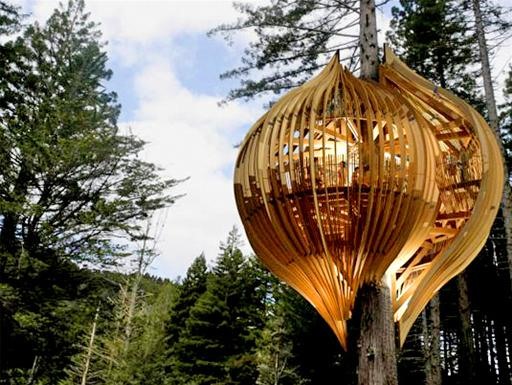 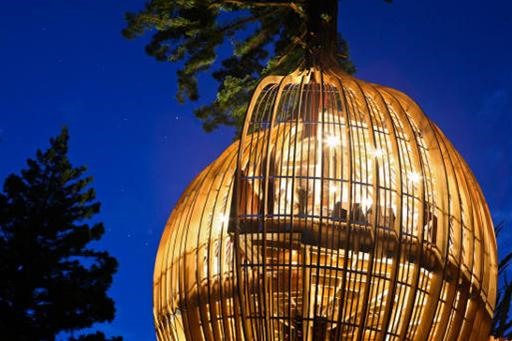 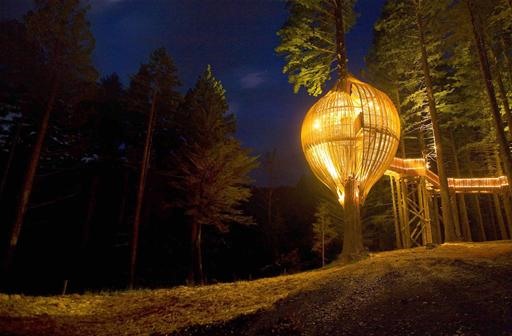 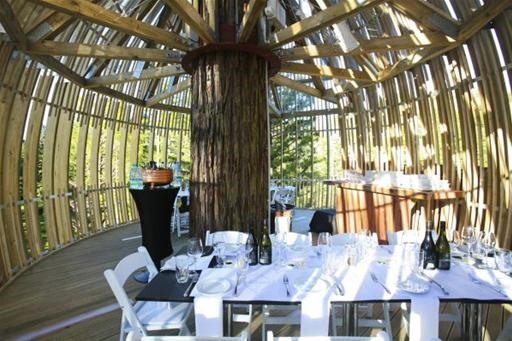 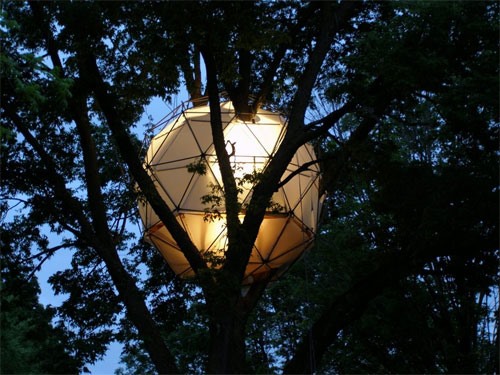 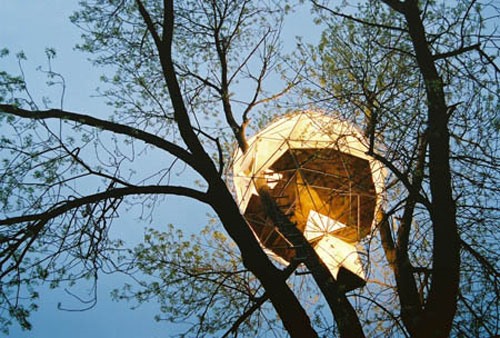 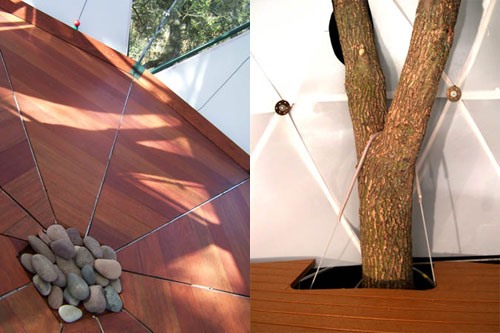 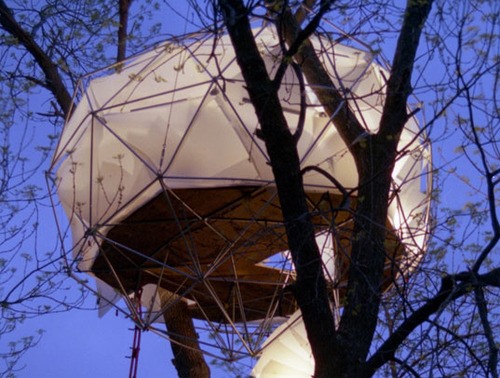 Imagine swinging from the trees in these raindrop shaped Treetents, created by Dutch designer Dré Wapenaar.

Via Cool Hunting, "...Wapenaar was commissioned by a non-profit to make the lives of tree-sitting activists a little easier—these tear-shaped tents hang suspended several feet off the ground. Though never actually used to stop chainsaws, since 1998 they've been in use at the Hertshoorn campsite, sleeping up to a family of four on the interior platform, which has about a nine foot diameter." 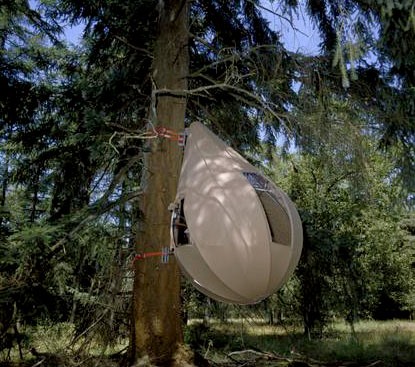 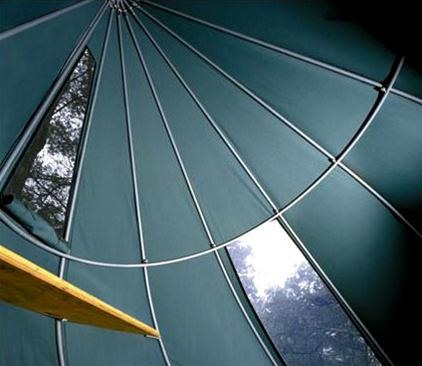