Introducing the Bagger 288, built by Krupps in Germany. Weighing in at 45,000 tons, this bad boy is the biggest moving machine on the planet.

According to Dark Roasted Blend, 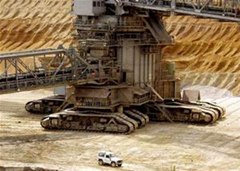 "If you discount CERN's Large Hadron Collider (which is officially the Largest Machine in the World), then the biggest MOVING machine built by humans would be the giant bucket wheel excavator 'Bagger 288' built by Krupp in Germany in 1978.

This enormous mining machine (300 meters long, weight: 45,500 tons) is capable of moving on its treads to the various open-air mine locations.

The last such epic transition happened in 2001, when it crawled from one mine to the other - across 22 kilometers of fields, roads, railway crossings, villages and countryside... As it could not go around the obstacles, it headed in a straight line, so the workers prepared the way by piling up sand cushions on top of highways and train tracks, removing power-lines and seeding the fields with special grass to make its progress smoother." 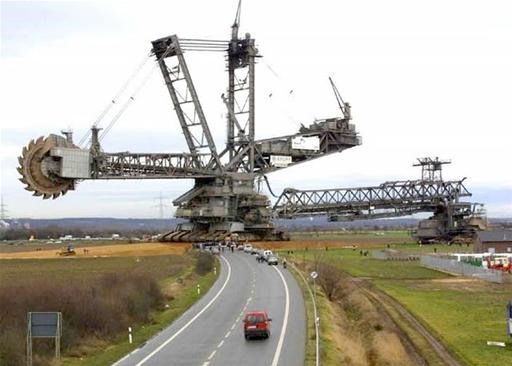 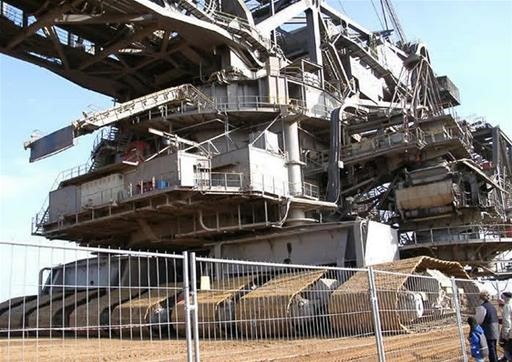 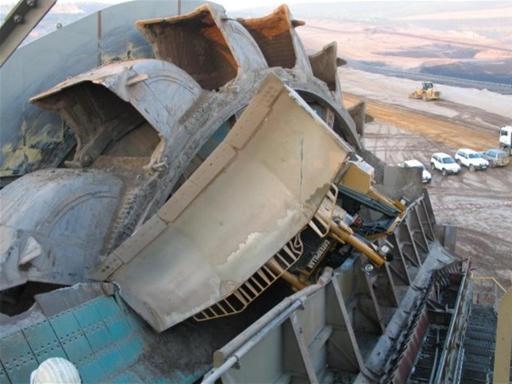 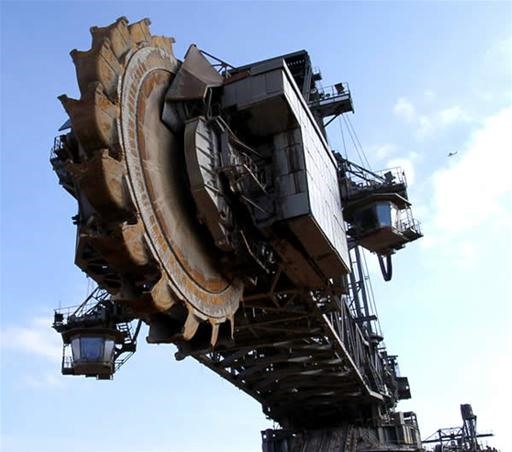 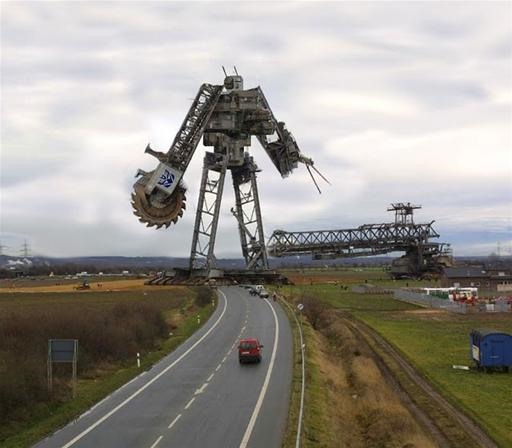 Wait a second... is that last picture real?

If aliens ever invaded planet earth i know what i'm going to use to fight them....

No you fuckhead that's not real